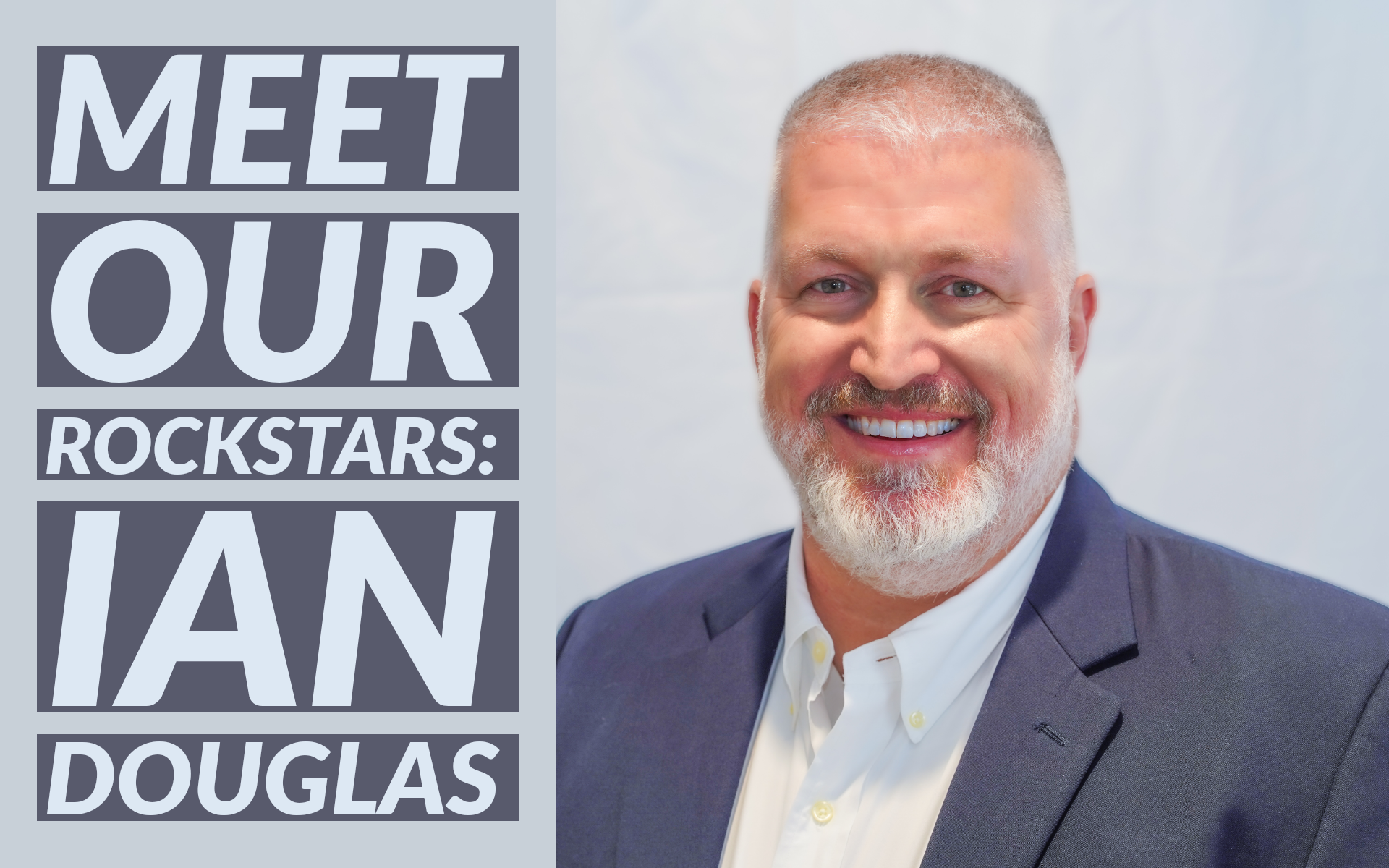 It is time to meet one of our fabulous Rockstars. I am excited to have the opportunity today to introduce you to Ian Douglas, Director of Operations at Rockstar Capital. If you want to meet our other Rockstars, click here to learn more about them.

Ian has a long-running history in the Multifamily arena, "Like most, I fell into it. I was running the recruiting for United Healthcare west of the Mississippi, so I had 22 sites across the nation." During his regular workday, Ian received a call from a colleague he had worked with in the past. Ian was informed that there was a position in Denver that had opened up and that he was considered a great fit. "We want you in Denver tomorrow," Ian was told. In Denver, a few of Ian's colleagues were putting together a re-development operating team. They wanted his skills to evaluate the talent that was on the current team. "It was funny shirt day at the call center I was at so, all I had was this bizarre shirt to wear," but they wanted Ian in Denver immediately anyways.

In Denver, Ian interviewed with the redevelopment operations leader in the morning. By the time he arrived at the airport for his departing flight in the afternoon, they had already made him an offer. "I did do some lease-up work right after I got out of the army during the summer and worked onsite as a leasing agent," Ian informed me. As for his current career in the multifamily industry, that's how a few colleagues were able to rope him back in.

Throughout his career, Ian has experienced a lot of success. "I've had great mentors in my life. Some that were amazingly good influences. They taught me to never accept good, and that good is really a four-letter word." In addition to the fantastic people who have mentored Ian, his time in the army also helped instill the discipline in him that he needed at the time. Success does not come without plenty of challenges, however. Ian opened up to me about the most challenging thing about his last position.

"I was put in a leadership position but was not allowed to lead," he said. Ian was put in charge of a large team that he wanted to take care of and train and develop. One of Ian's biggest passions is preparing his teams for the next steps in their careers. Still, leadership at the company was resistant to change. "It hurt because I wasn't able to take care of people the way they should have been. The hardest part is being a leader and not really being allowed to lead and take care of the team."

With every challenge, there comes a point of overcoming your obstacles. Ian was able to put the training and development his team needed into place. "I overcame the challenge by really just pouring into the team," Ian said. Ian was able to bring the top three to four percent of company leaders and spend a day a month with them for twelve months. "We taught things like financials, handling objections, dealing with angry teammates. So really just trying to develop training that was outside of the box to be a good steward of their career." Ian shared with me his favorite adage of how to deal with roadblocks. When water rolls down the hill and hits a rock, it doesn't try to break the rock. It just erodes it away over time until the stone no longer exists, "stop trying to break the rock."

Ian realized that he would not be able to change the rock in his way, so he figured out a way to work around it, get it to flow downstream with him, or slowly go away. A factor that held Ian back in the past was resistance to change. "Here at Rockstar, we are going through some crazy changes. We are moving at a speed that is faster than most companies. So, change is really exciting in the beginning, messy in the middle and glorious at the end," he said. Rockstar's leadership is okay with being uncomfortable, pushing forward, and being innovative. We are doing things that the rest of the industry is not comfortable doing.

If Ian is anything, he is passionate about what he does. One of his biggest passions is developing and helping his team to grow into successful careers. "I developed a Vice President who had an amazing skill set and just needed a year, year and a half of coaching, development and fine-tuning to the point where she is going to be ready to run her own company." When a recruiter called looking to offer Ian a position, he refused the offer. Still, he suggested that the Vice President he had developed would be great for the job instead. He individually worked with this person on her confidence in decision-making. He was able to see her become the president of a large property management company.

"I took one of my best performers, and I helped them find the next job, and it wasn't with our company. I am not going to stand in the way of their advancement and the way of their growth," Ian said. One of Ian's most significant rewards and recharges is when he gets to develop people.

Enough about his previous experiences, I wanted to find out what Ian is excited about in his current position. "Where we are going," he said. Ian has previously been focused on the unit count. He has had the opportunity to slow down and focus on what is essential. He realized that the unit count isn't what is important; it's the job's challenge and the people you get to work with. Growth is exciting to Ian and where we are headed at Rockstar Capital is off the charts. "If we do half of what our dreams are, we're going to turn the industry on its head." The leadership that we have in place at Rockstar today is willing to try new things and innovate with us.

The faster that we can get leaders on our team and develop them into the next roll, we will have the right qualified people ready to go with us as we grow. "Our leasing consultants are our next managers; our make-ready techs are our next maintenance leads. These are all people that we need to invest in and teach, train, and develop," Ian said.

In this new position, Ian has established some long-term goals for himself and his team. "My first long term goal is to get training up and really running efficiently and developing leaders," he said. Ultimately, he wants Rockstar to be an employer of choice and wants to take care of all of our teammates. His focus is currently on, "truly valuing our team and wanting them to be focused on work, at work but also allowing them to be focused on family while they're at home." Ian puts a lot of importance on work-life focus over work-life balance and wants our team to focus on being present where they are. "Keeping a good focus on who we are, where we are as we continue to grow."

In his three months at Rockstar, Ian has already begun to implement the changes and improvements that he wants to see for our teams and residents. Thank you, Ian, for taking the time to sit down with me and let me get to know your story. Keep an eye out for our next Meet Our Rockstars article to get to know more of our award-winning team.

Ashley has been with Rockstar for a little under two years now and recently received a promotion!

Meet One Of Our All Star Property Managers In This Month’s Edition Of Meet Our Rockstars!